You have a cruise to catch and don’t want to risk losing the ship after arriving at Ciampino or Fiumicino ? We can transfer you to your destination without any kind of problems.


Or maybe you need to catch a flight after arriving at the Port of Civitavecchia? We can help you with that in no time.


Or you were just enjoying your cruise with Royal Carribean, MSC Crociere, or Costa Crociere and want to make sure you can see as much of Rome as it is possible, and without risking to lose the ship on your way back? Our drivers can help you with that! We will pick you and your family at the ship, drive you around the city and bring you back in time, no risk, full comfort, why not?

Civitavecchia is a town and comune of the Metropolitan City of Rome in the central Italian region of Lazio. A sea port on the Tyrrhenian Sea, it is located 80 kilometres (50 miles) west-north-west of Rome, across the Mignone river. The harbour is formed by two piers and a breakwater, on which is a lighthouse. The name Civitavecchia means "ancient town". Population was around 53,000 as of 2015. The modern city was built over a pre-existing Etruscan settlement.

The harbour was constructed by the Emperor Trajan at the beginning of the 2nd century. The first occurrence of the name Centum Cellae is from a letter by Pliny the Younger (AD 107). The origin of the name is disputed: it has been suggested that it could refer to the centum ("hundred") halls of the villa of the emperor.

In the early Middle Ages (530s), Centumcellae was a Byzantine stronghold. It became part of the Papal States in 728. As the port was raided by the Saracens in 813-814, 828, 846 and finally in 876, a new settlement in a more secure place was therefore built by order of Pope Leo VII as soon as 854. The Popes gave the settlement as a fief to several local lords, including the Count Ranieri of Civitacastellana and the Abbey of Farfa, and the Di Vico, who held Centumcellae in 1431. In that year, pope Eugene IV sent an army under cardinal Giovanni Vitelleschi and several condottieri (Niccolò Fortebraccio, Ranuccio Farnese and Menicuccio dell'Aquila among them) to recapture the place, which, after the payment of 4,000 florins, became thenceforth a full Papal possession, led by a vicar and a treasurer.

The place became a free port under Pope Innocent XII in 1696 and by the modern era was the main port of Rome. The French Empire occupied it in 1806. On 16 April 1859 the Rome and Civitavecchia Rail Road was opened for service. The Papal troops opened the gates of the fortress to the Italian general Nino Bixio in 1870.

During World War II, Allied bombings severely damaged Civitavecchia, and caused civilian casualties. Louis Till, the father of Emmett Louis Till was convicted of the rape of two local Italian women and the murder of another in Civitavecchia. 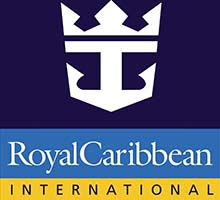 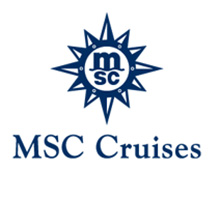